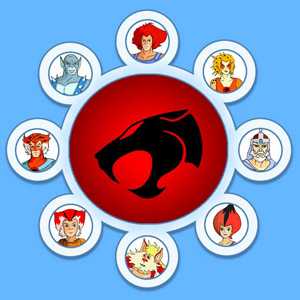 Once again it’s been a little while between episodes, but the latest episode of ThunderCast, featuring ThunderCats Lair team members Nick Mills, Chris (He-Fan) and Manny has now hit the Internet!

ThunderCast is the world’s first-ever ThunderCats podcast, and was first launched back in 2007. Amongst the subjects being discussed in this latest addition are the new ThunderCats toyline coming up from Bandai, speculation and discussion about the new animated series and the trailer, and also the aborted ThunderCats CGI movie test footage that was leaked!

The episode can be downloaded or streamed from this site, and is also available to download via iTunes!

To check out the episode, click on this link!

We have also brought the entire ThunderCast section of this website back online, so you can also check out any past episodes of ThunderCast that you may have missed, dating all the way back to the beginning!

All of us here at ThunderCats Lair hope that you enjoy listening to this latest instalment of ThunderCast!