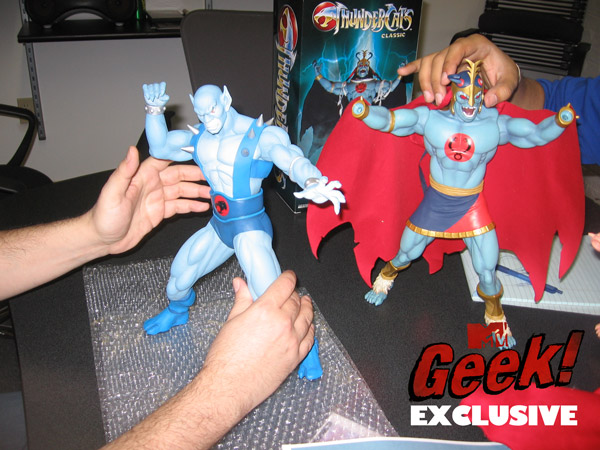 Our friends over at MTV Geek have unveiled another exciting ThunderCats exclusive – a behind-the-scenes look at the making of Mezco Toyz‘ Mumm-Ra and Panthro figures! Mumm-Ra had previously been glimpsed at San Diego Comic Con – however, this is the world’s first close-up look at Mezco’s rendition of the mighty ThunderCat engineer Panthro!

Click here to head over to MTV Geek and check out the rest of the photos…including a possible sneak peek at Mezco’s July SDCC exclusive!

Keep checking back to ThunderCats Lair for all your latest ThunderCat news!