Thanks to forum member ThunDagar II, we have learned that Bandai is selling a 4-pack of previously released ThunderCats 4″ figures at Argos. The pack is similiar to the US Target store exclusive ‘Eye of Thundera’ pack, but contains different figures (aside from Snarf)

The re-pack includes the golden Lion-O from the Armor of Omens with both versions of the Sword of Omens and the Claw Shield, Clear Tygra (named as such on the box) sans weaponry from the Tower of Omens playset, wave 2 Mumm-Ra with the folded back wings and Sword of Plundarr and the Snarf, which came with the ThunderTank.

This set is advertised at £24.99, instantly reduced from the £29.99 RRP. The pack should be available in most Argos stores and for home delivery. Check the Argos website out here: Argos Exclusive ThunderCats 4-pack.

Unfortunately Argos do not deliver outside the UK, so any fans wanting this, who are outside the UK will need to get a friend in the UK to pick it up for them. 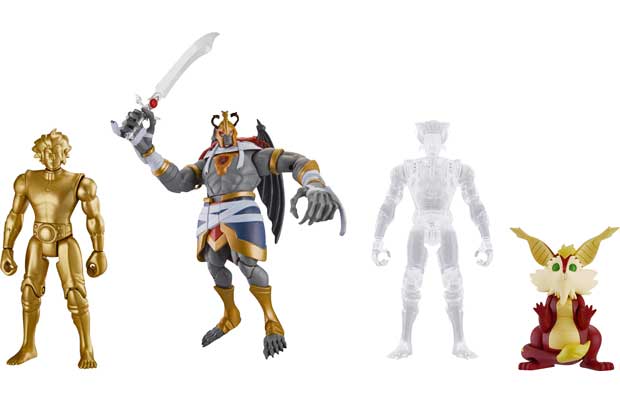