Our friends over at Icon Heroes have sent over details of their ThunderCats Minimates set available at San Diego Comic Convention next month!

ThunderCats Minimates Set of 5 ($22)
As his homeworld crumbled around him, young Prince Lion-O fled Thundera with the noble Jaga. Jaga would sacrifice himself to ensure his ward reached the safety of Third Earth, but little did he know the dangers the boy would face, most notably his old foe Grune the Destroyer and a new threat, Mumm-Ra the Ever-Living. Includes a Ma-Mutt PVC Minimate! Limited edition of 3,000.

The Comic Con exclusive will be sold at the Action Figure Xpress Booth #3345. Comic Con runs from July 17-21. 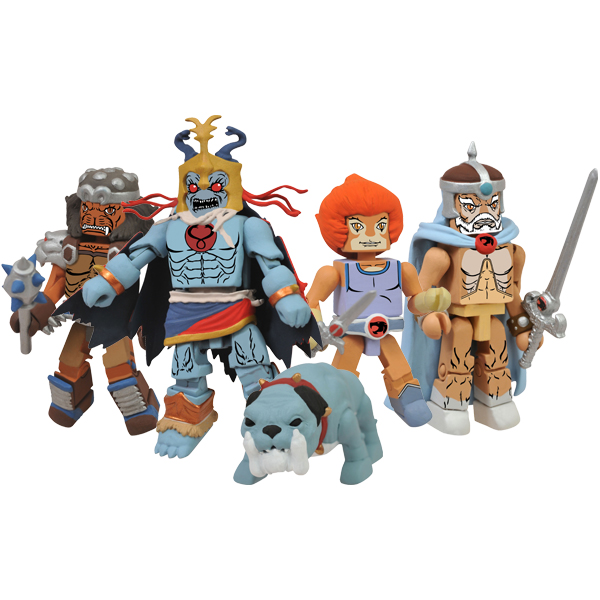