ThunderCats Lair is featuring Dave Wilkins, a professional Comic Book Artist and an Art Director for the video game industry. He is also a big ThunderCats and Masters of the Universe fan. His fantasy style was sparked by Frank Frazetta’s Death Dealer. He’s a long time comic book fan and was further inspired by Simon Bisley and Frank Miller.

When Dave started out in digital art he didn’t have a computer so he took a second job at Kinko’s so he’d be able to hone his craft on the company machines during his breaks. That led to his first paid gig. In Dave’s words: “Opportunity met preparation when a rep from Midway Entertainment saw my work up on the monitors. A month later, I was working in the gaming industry.” 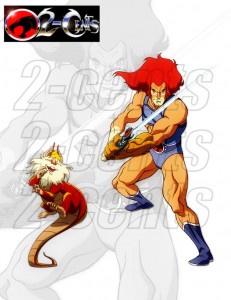 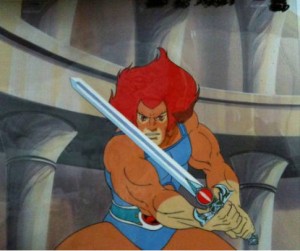 You may have seen some of Dave’s epic covers on DC’s Masters of the Universe comics (see gallery below). He’s based in San Diego and is a regular feature in the Artist Alley of the major comic conventions. He has done a number of popular prints for cons including this eyecatching Lion-O that is based on Joaquim Dos Santos’ Lion-O that he did for the WB Kids site in 2011. That piece was in turn based on the iconic animation art from the classic show.

Dave is working on a large ThunderCats team piece which we’ll be sure to feature on the site when it’s done.

You can see more of Dave’s terrific work on his Deviant Art page. You can also follow him on Facebook. 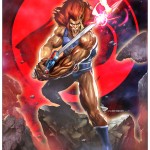 Fantasy style Lion-O done as a print for Powercon 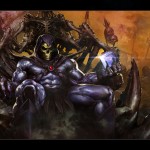 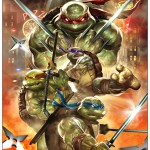 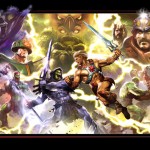 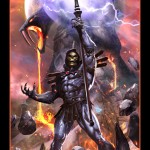 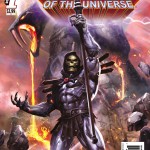 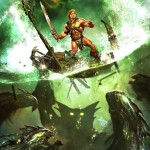 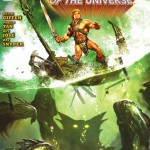 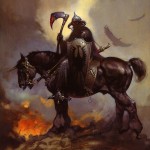 The painting that sparked Dave’s passion