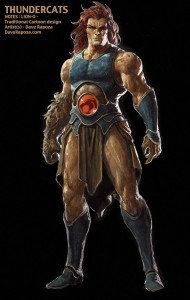 The closest we’ve ever come to a studio ThunderCats movie was the 2010 CGI project helmed by Directory Jerry O’Flagherty. We’ve seen the resulting concept art pieces and the leaked test footage so we know what the official Lion-O concept looked like. The chosen design, by artist Charlie Wen, and the leaked pre-production materials were met with mixed reactions by fans. The design was a significant departure from the cartoon models with a much more animal based  Lion-O and a completely different costume.

It wasn’t until October 1, 2014 that the first alternate movie designs surfaced. Dave Rapoza, a freelance illustrator and concept artist posted this image of his cartoon based realistic Lion-O. Dave had been approached and was asked to develop the characters in the traditional cartoon design as part of a pitch for the studio. It is standard procedure for producers to seek multiple concept designs from multiple artists in the early stages of development and Dave was likely one of a number of artists who sent their character designs in for consideration. Warner Bros ultimately picked up the Charlie Wen designs but this view into an alternate option didn’t stop with Lion-O alone.

It’s difficult to guess whether Dave’s designs would have been more successful in greenlighting the movie into production, there are so many factors that go into approving a movie through its stages. What is clear though is the fan reaction for this design has been overwhelmingly positive. Comments center on how the instantly recognizable cartoon elements were maintained while a gritty realism is brought forward. This fusion of the classic designs with a modern fantasy style has captured the imagination of fans and art enthusiasts everywhere.

Dave is clearly a true ThunderCats fan, having posted numerous ThunderCats pieces before and after the pitch on his Deviant Art page. 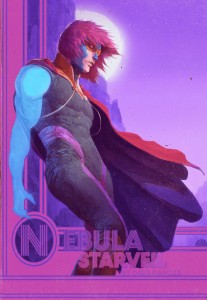 As a self taught artist and creator, Dave has brought some innovation to how he approaches work. He’s a founder of CrimsonDaggers.com which is a free on-line study group for artists that uses live stream as a way to see work in progress and to share critiques and lessons. Dave used this as a way to push himself out of his comfort zone as an artist and to motivate himself to work through artist block. It’s had a big reception from the artist community and you can follow Dave on Twitter to get notified about upcoming sessions.

Dave is working on a number of creator owned projects, though we highly recommend you check out http://www.StarVeil.com which is an online motion comic that Dave writes and illustrates. Star Veil is the story of Nebula, who operates a space ship and has traveled to a remote planet to complete an arms trade with a dangerous weapons dealer named Starbreeze. Nebula’s ship is shot out of the sky and he discovers a stowaway dying in the wreckage, who begs Nebula to rescue the abducted girl he was traveling with, named Aurora. Nebula’s design is unique, his arms are holographic prosthetics that need a charged power source. Dave is raising crowd sourced funding to produce the comic, you can support it by visiting http://www.patreon.com/DaveRapoza 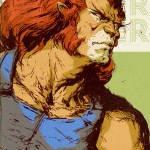 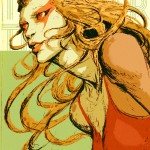 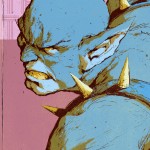 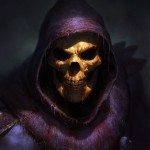 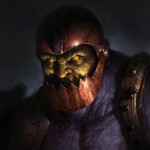 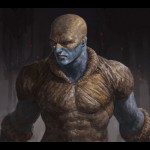 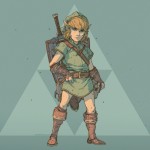 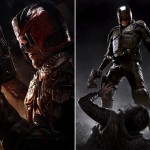