Our Q&A with Mezco – Tygra and beyond 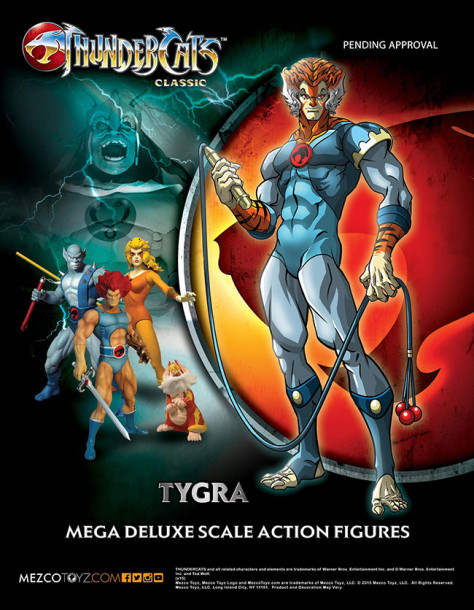 Fans of Mezco’s Mega Scale ThunderCats action figures had long since given up hope of completing the core character line-up, given the conspicuous absence of Tygra, the Thunderian architect. The last character released was Cheetara, back in the summer of 2013, and it was looking like this would be yet another line to meet a premature end before the core characters were produced.

This has changed with the brilliant news that the team at Mezco expects to release Tygra in October of this year. His addition to the line completes the adult ThunderCats characters, and this has delighted fans who had longed to add him to their collections.

On February 6th, Mezco hosted a reception at their office in New York, where they revealed the promotional artwork announcing the Tygra character. Like previous character designs, this impressive piece was illustrated by Michael Pasquale – Art Director at Mezco. The promo artwork isn’t necessarily indicative of how the action figure will be rendered, it is part of the branding only. Some of Pasquale’s previous pieces looked quite different to how the figures were rendered.

Since the artwork hit the web, fans have had a lot of questions about the figure and Mezco’s plans for the ThunderCats license. We had a chance to catch up with Pierre Kalenzaga, Project Manager at Mezco who filled us in on a number of points. Following is our Q&A with Pierre. We’ve paraphrased the answers and included other information previously shared by the company on Twitter.

1. Who is designing / sculpting Tygra? 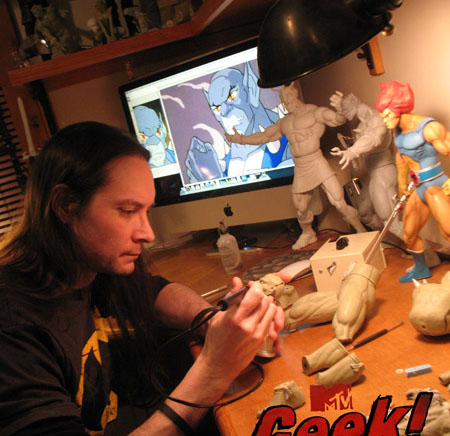 Michael Pasquale does the designs and art direction. He creates the Control Art (model and design) which is sent to Jean St. Jean, the sculptor who then works the character into a physical clay sculpt. This is the “hands on”, traditional method of sculpting, and Jean favours it over the digital method which is becoming more mainstream. Given that the same creative team have handled the entire line, we can expect a consistent look and feel and the same level of quality collectors have become used to.

2. When will Tygra go up for pre-orders?

There isn’t a scheduled date at the moment. It is likely to  be up by late spring or early summer, though it is too early to say for sure.

3. Where will Tygra be available for sale?

Orders won’t be scheduled for some time still, but based on previous figures and retailer relationships, you’re likely to find Tygra at a number of quality outlets, including:

And of course, you can always go to Mezco’s website at MezcoToyz.com to order directly from the company.

4. How much will Tygra retail for?

Pricing will depend on production costs, and at this early stage of the process the price has not been determined. Previous figures sold for between $40 and $50 USD.

5. When will we see pics of the sculpt?

It is early days in the process. The release of the promotional artwork is the beginning of that process. The Control Art needs to be developed which will then be shared with Jean St. Jean to begin sculpting. When pics are ready to be shared, we’ll get them over to ThunderCats.org ASAP. 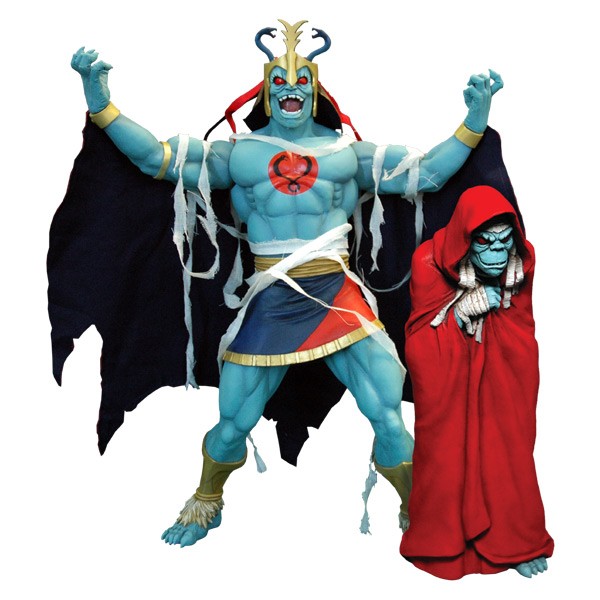 6. Will there be a limited edition version of Tygra, and if so, what would it include?

We are considering this and there are a few ideas being discussed. It will depend on a few factors. We’re always interested to hear what fans might like to see too.

7. What characters will be next?

At the moment there are no specific plans for a next character. We’re focused on Tygra and we’ll revisit the line after he is in stores. Future ThunderCats development really comes down to the interest level of retailers when we talk to them about the line. Sales of Tygra will affect retailers desire to order more characters. The team at Mezco are big ThunderCats fans and we’d love to produce awesome characters like Jaga and Grune and others. Once you get past the core characters, retailers really need to see a reason to keep ordering the line.

8. You’ve confirmed that Mezco has the license to do ThunderCats in the One:12 (6 inch) format. Will this happen?

At the moment there are no specific plans for ThunderCats in the One:12 Collective. We wanted to ensure collectors could complete the adult ThunderCats set in the Mega Scale format first.

We’d like to thank Pierre Kalenzaga and Mike Drake for taking the time to field fans questions. We look forward to bringing you more updates on Tygra and any other Mezco ThunderCats developments as they happen.