Since our last story ran detailing the high quality LJN style customs being produced in the Lulu Berlu / Barbarossa Art partnership, a number of the figures have been sold, and the ThunderCats Museum has been fortunate enough receive one (Chilla) as a donation.

Now that I’ve had the chance to enjoy one of these in person, I can attest to the quality and detail of the figures. They’re made with durable parts, the articulation is smooth and the blend of cartoon accuracy and LJN styling is dead on.

If you’re considering this line, now would be a good time to jump in. Only a handful of each figure is still in stock, and the currency exchange for the Euro is currently very favourable, meaning a 20% discount since the last time we posted about the line.

The first three characters that Barbarossa has created are from the ranks of the ever popular Lunataks:

We had a chance to correspond recently with Reg and Barbarossa, and here is what they had to say… 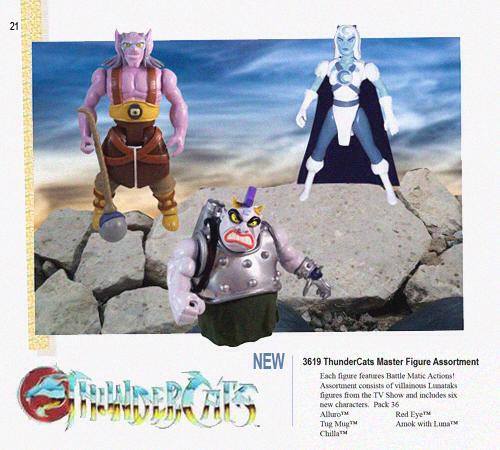 What inspired you to create the customs?

Thundercats has always been one of my favorite toy lines.  My inspiration goes back to being a kid and longing for action figures of characters from the cartoon which were never made.  I dreamed of being able to make them myself and now as an adult, I’m in the position to do just that and finally flesh out my childhood collection.  In so doing, I’m affording other collectors the opportunity to do the same as I take a nostalgic trip back to the 80’s with each project.

Why did you choose the Lunataks to start with?

In my opinion, the Lunataks are without a doubt the most sorely absent characters from the original line.  They were obviously on LJN’s radar since we saw Red Eye’s prototype but sadly, he nor any other Lunatak ever hit the shelves.  When I decided to try my hand at “neo-vintage” customs of the Thundercats, there was nowhere to go but the moons of Plun-Darr.

How many figures do you produce and how many have you sold?

The number produced varies between projects but each is made by hand so the numbers are modest.  I also have to be frugal with my time as I tend to have multiple other projects going on at once.  We tend to sell most of them as soon as they are available at Lulu Berlu.

How did you arrive at your pricing?

The pricing is based on the fact that these are indeed hand-crafted art pieces instead of factory-produced products.  Each figure is essentially equivalent to what you’d see in a production prototype or paint master; so everything that goes into a standard production figure goes into one of them.  Thus, it all comes down to costs (which are not inconsiderable especiailly where molding is concerned), plus time, effort and ability.  They are subsequently geared towards the high-end collector.

From the dozens if not hundreds of positive comments that I’ve seen, it suggests there would be quite a market if my figures were widely available to the collector’s niche.  I can only imagine how well-received an updated Thundercats line the caliber of a MOTU Classics could be; I know I’d be on board even though my first love is the retro 80’s style.  That being said, should the powers-that-be desire to bring a Retro-Styled Thundercats action figure line roaring to life, I’m ready for to step in to head up Design!  Just flash a Cats’ signal and I’ll be there!

You can find out more about these beautifully made LJN style customs by visiting the detailed product page for each character: 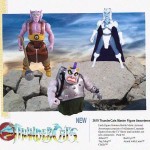 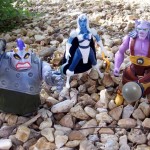 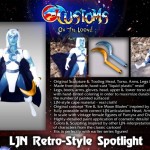 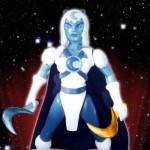 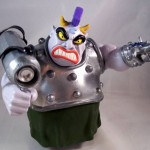 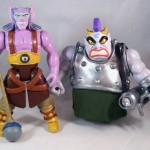 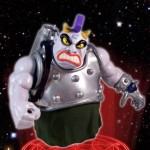 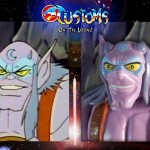 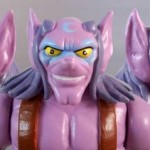 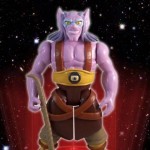