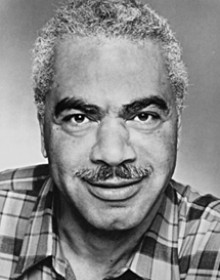 Hyman born in North Carolina on November 11th, 1926, moved to Brooklyn as a child with his family where he developed his acting skills in the theater scene of New York City.

He is maybe most known for his portrayal of Russell Huxtable, the father of Heathcliffe Huxtable on Bill Cosby’s The Cosby Show, earning an Emmy nomination for the role in 1986. Hyman became central to the grandfather role despite being only 11 years older than Bill. He also was a recurring character on the show’s spinoff A Different World. Earle is a Tony Award winner, with more than 15 Broadway credits to his name with a broader list of other roles off the stage.

Earle was 91 years old when he was called home.

We offer our condolences to the family and friends of Earle Hyman, he will be missed.

Join the conversation on our forum.