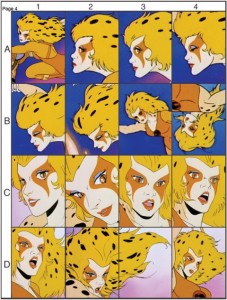 The second statue to be produced in the line is the femme fatale of the ThunderCats. The beautiful, intelligent and incredibly quick Cheetara. Blessed with a voice that carries a mixture of motherhood, empathy and strength. Staying consistent with the choice made on Lion-O, the pose is taken from the introduction sequence with Cheetara on the mountain top after zipping through an army of mutants. Of the possible poses to choose from this is certainly one of the best, quickly recognizable by fans and it speaks to Cheetara’s

Cheetara is an eminently difficult character to capture as a three dimensional character. As the starring female of the team, her appearance in statue form is more important than most characters. The challenge for the sculptor is not just to capture her strong heart and mind, but her beautiful visage needs to come through the cold cast porcelain too. It doesn’t make it any easier that Cheetara could look so different in the cartoon when being drawn by numerous cartoonists. So it’s no surprise that Cheetara’s head sculpt went through three different designs before landing on the glorious final version. It certainly wasn’t an easy process. 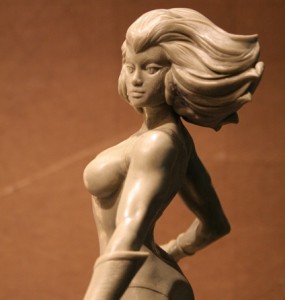 Buoyed by the success of the Lion-O statue, the Hard Hero team quickly got to work on moving the Cheetara sculpt through the approval process. Paul’s first version had a long and slender Cheetara pull a strong arching back, and an accurate stance and arm positioning. The body was approved, but when Warner Brothers (WB) came back with comments on the first set of sculpt pictures they made a puzzling request: they wanted Cheetara to have a pouty, mouth partly open look. 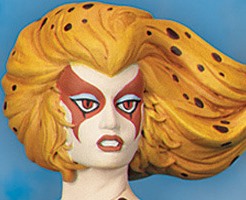 Fans did not love this look.

Paul defended his initial concept and went back to WB with a mocked up image showing Cheetara in colour – again with mouth closed. This didn’t change any minds so Hard Hero developed the look and released images leading up to the pre-order stage of the sculpt that WB has asked for. When fans saw these images the reaction was loudly critical of what came to be known as “the Cheetara blow up doll”. Although cartoon accurate, Cheetara’s eyeshadow didn’t translate to 3D very well, and pouty mouth that WB had asked for was prving troublesome too.

This sent Paul and Rob back to the drawing board. What they came back with was a wonderful version of Cheetara, with more chiseled cheek bones, alert eyes, and a sultry mouth. A number of other changes were made: her hairline was moved up, the end of her nose was made more pointed, her jaw line became more defined and contoured, her chin became more pointed, the eye shadow was removed, and the design around her eyes was made smaller which highlights her raised cheekbones further and makes her eyes appear more feline. 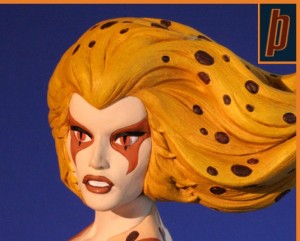 One of the ways that Hard Hero proved themselves as an excellent guardian of the ThunderCats property was through this willingness to go back and improve on a sculpt. Their engagement with fans through interviews on thundercatslair.org and by sharing their progress ensured that fans would embrace their high quality product.

Confident with the finished version, Hard Hero produced 1,000 regular edition Cheetara which was the same run as Lion-O. Although it took a bit longer to sell out, it still did which is an impressive achievement given that Lion-O and Mumm-Ra were expected to be the two banner characters. Given the revisions to the sculpt and other production issues Cheetara finally shipped later than expected. She was on display at Comic Con in 2010 alongside decrepid Mumm-Ra and Tygra. 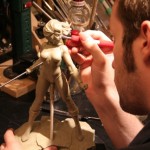 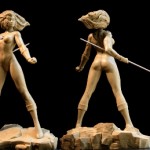 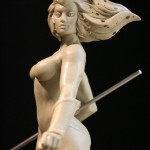 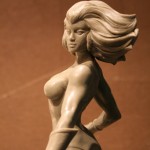 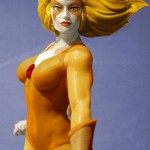 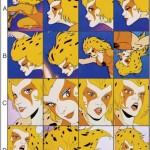 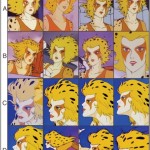 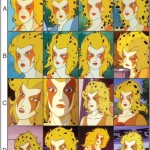 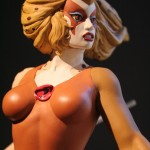 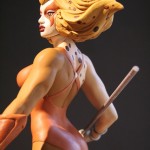 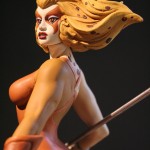 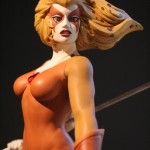 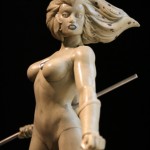 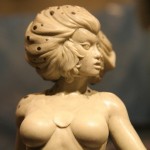 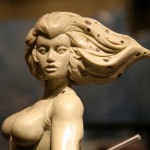 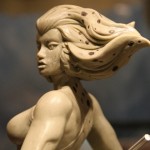 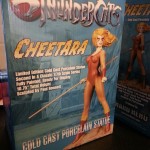 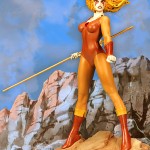 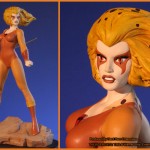 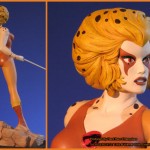