The first evil character to be developed by Hard Hero, and the single greatest disappointment in the Hard Hero line was that this gorgeous statue never got past the painted prototype stage. This absolutely perfect rendering of mummified Mumm-Ra made it’s debut at the San Diego Comic Con in the summer of 2010. Pre-orders had gone up in March of that year and a lot of fan praise was lavished on this cartoon accurate version of everyone’s favourite evil Mummy.

The scene is a familiar one, Mumm-Ra exiting his sarcophagus with a menacing spell casting hand reaching out in front of him. A bonus on this piece was the Ma-Mutt companion that was to come with Mumm-Ra (the hell-hound was made to be removable. With Mumm-Ra being first evil character there was speculation about whether the base of all the evil characters would be similar to Mumm-Ra’s so that the evil characters could fit together in a loose sort of diorama display. That was how the heroic statues were created so it’s likely that S-S-Slithe, the next character in development would have had a similar base.

Sadly even the prototype statue was reported as having been destroyed, so this wonderful piece of ThunderCats history has disappeared just like the cowardly Mumm-Ra himself when forced to look upon his own frightful visage on any reflective surface. It’s too bad because Paul Bennett really knocked it out of the park with this one. 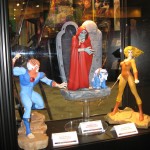 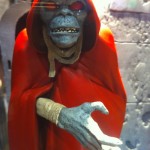 Mumm-Ra with his incorrectly positioned arm at SDCC 2010 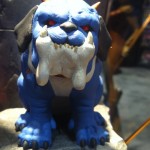 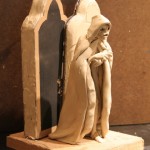 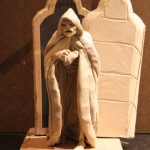 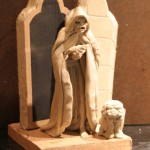 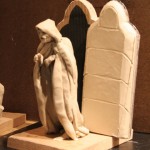 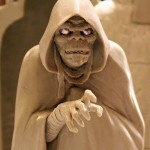 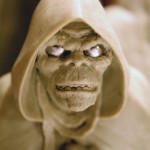 Mumm-Ra’s face prior to faux paint 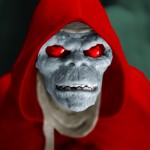 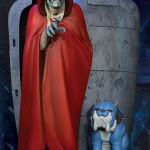 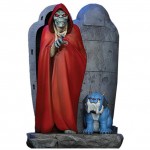 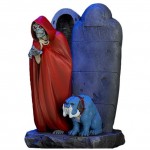 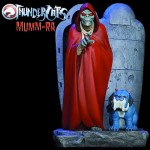 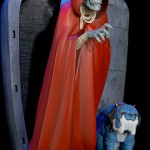 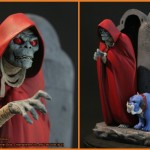 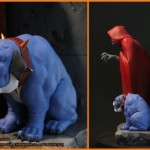