The matron of the ThunderCats was a very highly anticipated statue. She’s also a very difficult character to render into a 3D statue. Similar to the Hard Hero Cheetara it was going to take more than one try to get it right. Jerry revealed the prototype images you can find in the gallery below to fans before this went up for order and the reaction was strongly negative. He and Khurram already knew they hadn’t succeeded and had already planned to make improvements to it.

While it’s a certainty that those improvements would have made this a very desirable statue to add to collections, this wasn’t to be the case because the line had ended with the previous statue (Tygra) and the Cheetara was speedily shelved. 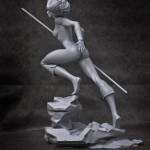 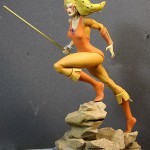 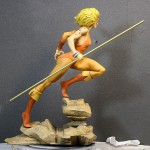 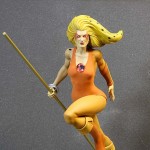 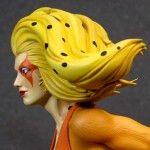