For spring 2012 Bandai announced the release of their Super Deformed ThunderCats Mini Figures! These highly detailed figures are designed after the 2011 animated series., but done in that chibi style, with the oversized heads.  The full set contains six figures; Lion-O, Cheetara, Panthro, Tygra, Mumm-Ra the Everliving and Slythe

The ThunderCat heroes stand approx. 2.75 inches tall with  four points of articulation; head, arms and waist. Baddy Mumm-Ra stands a bit taller at 2.95 inches but only has head and waist articulation. According to the Blind Bags, this is series 1, so we can only guess what a second serie would have brought! 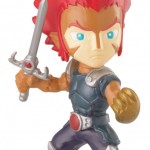 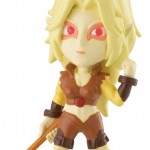 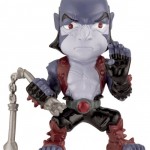 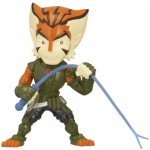 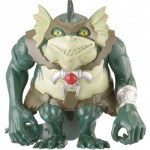 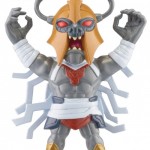 In the US the figures were released in a set which includes all six figures!  The figures come in a  full-colour  window box with great graphics and all characters shown nicely!

In the UK the mini figures were sold in Blind Bags, just like Bandai did with Power Rangers and Ben 10. The figures in these Blind Bags are the same as the box set versions, but the Blind Bags have a couple surprises for unsuspecting collectors: six variants are to be found! These variants are the same as the  regular figures, but molded in a semi-translucent black plastic, with no painted details whatsoever. There is one exception. Tygra is not molded in black, but a clear translucent plastic. So Bandai has managed to give us the second “invisible” Tygra figure in history! 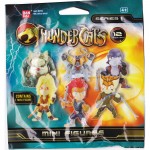