A brand new ThunderCats game for the Nintendo DS, based on the recent re-imagining of  ThunderCats is out right now! Our good friends at Namco Bandai sent along all the details on this exciting new release:

THUNDER, THUNDER, THUNDER, THUNDERCATS HO!
The hit animated high-action series claws its way onto the Nintendo DS™! Become Lion-O and battle Mumm-Ra
and his evil forces as you run, jump, and slash your way through action ripped straight from the new animated
series. Wield the incredible power of the Sword of Omens in this epic side-scrolling adventure.

For more information on Namco Bandai Games, be sure to visit: www.namcobandaigames

Keep an eye on the front page of the site, as we will be uploading  a clip from the game, along with details on how to win your very own copy courtesy of Bandai Namco Games! However be sure to check out the screenshots from the game below! 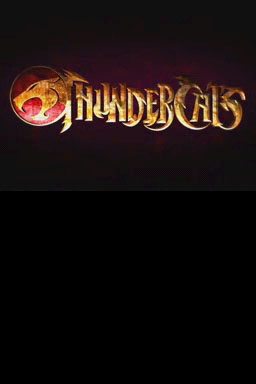 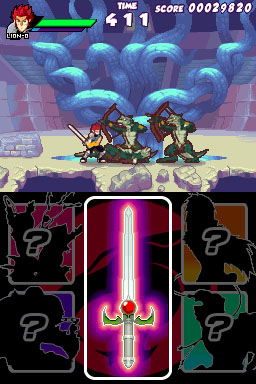 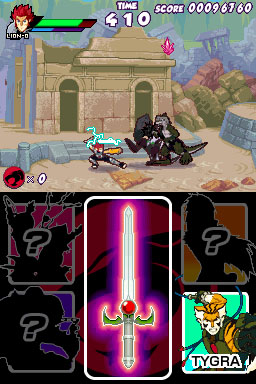 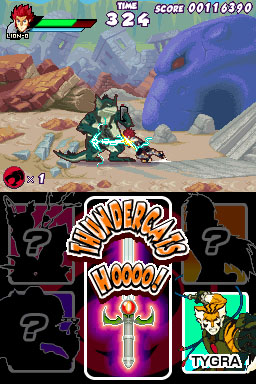 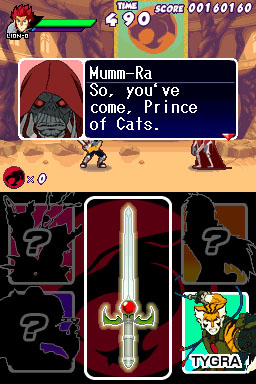 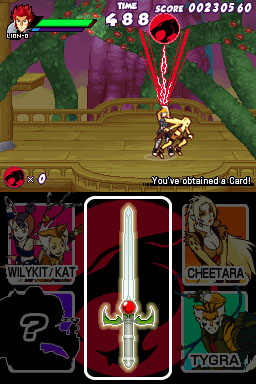 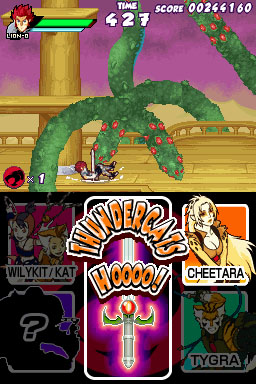 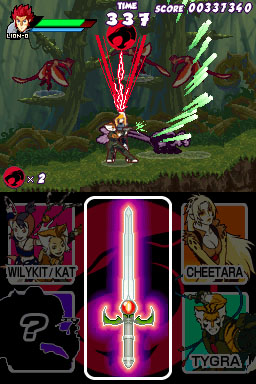