I recently came across a very talented  artist named Troy Parson.  He has been creating and recreating various fantastic ThunDerCats items, such as action figures, accessories and busts. I contacted him to see if he would’nt mind sharing some of the ins and outs of his craft.

“I grew up with art all around at home since my father was a wildlife artist and art professor at BYU-Idaho. My grandfather was a painter/sculptor and my older siblings were often involved with art , making it hard to live life without being influenced by it. My father encouraged his kids to become doctors or businessmen, and avoided as much as he could encouraging art as a profession. The only time he would teach us art was when we cornered him. So out of the seven of us, only two became businessmen and all the rest joined the art ranks.”

“Since I have a deep interest in anatomy, and fascination with the way the bones and muscles articulate, making the body an intricate machine. When I do commissions professionally, I sculpt the anatomy first to gain more mileage in expressing the beautiful human form, because it’s too much fun not to. Then I add the surface coverings and detail. This helps me in laying a strong foundation, giving the sculpture just a little more life to it. My sculpture professor always said “You can’t put frosting on cake batter and have it look good. Bake the cake first then add frosting later. STRUCTURE and then DETAIL.” 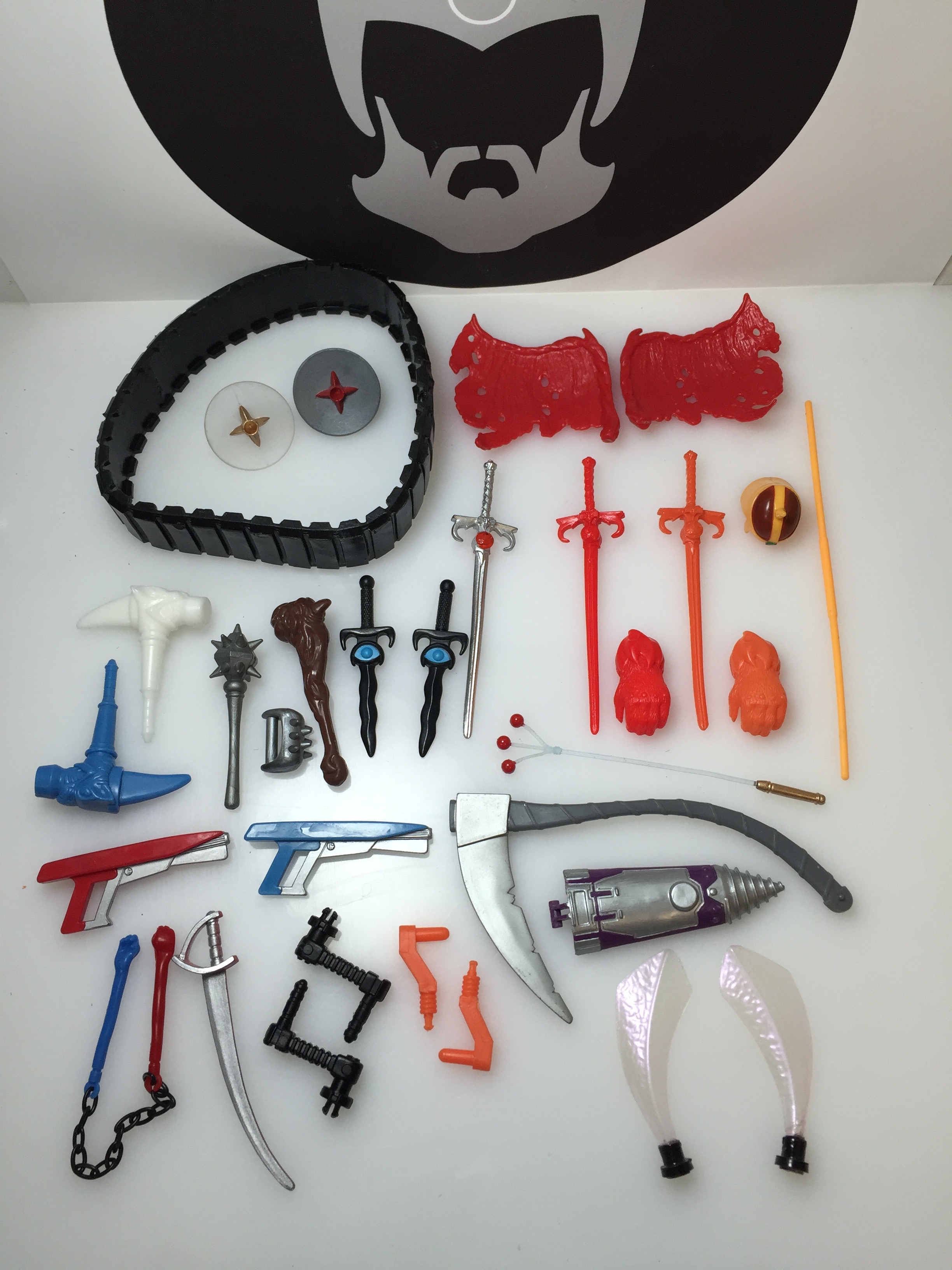 “Along with the cool world of Anatomy is the big universe of Action Figures. My older brothers introduced me to toys and the accompanying cartoons. Among the first of these was Thundercats, Silverhawks, and MOTU. The uber fun face sculpts and quirky “battle action” made for years and years of fun memories. Though, the sculpts weren’t very accurate when it came to muscles, and many other toy lines held my appreciation for the poseability and mechanics, I still love Thundercats the most. The First Thundercat custom piece I did was my 1/6th scale bust of Lion-O. After that when I started restoring my collection was to try and make molds for the Thundertank’s treads. Mannnnn, that was fun. I had to make 5 different molds before I got a decent one and i’m still working on those. I noticed that there was a surplus of Thundertanks missing the treads, so I made the molds for people to get their tanks looking good again. From there it was getting the other hard to find pieces, then make repros at a better price as well as more available. Each mold takes a lot of time and the color matching casts and paint details. It’s been a lot of fun, and great practice at molding and casting.”

“A bit of my process in making a cast is laying the piece in a bed of clay, then I build a wall along the seam lines. After I have a nice edge on the seam I make locks in the clay so the mold will hold itself together when I pour the resin. I then build a mold box with legos to hold the rubber in place as it cures in my pressure chamber. Then I pull off the clay, build the lego wall on the reverse side, spray with mold release and pour the second rubber side. after that I cut channels for the resin and air to go and escape. after that I put the half together held tight with plexiglass and rubberbands. Next, I color match the resin with tints. Once I have it right I mix the resin with the catalyst and inject with a syringe into the mold. Last I have to clean up and make the piece look good by cutting the flashing off with an Ex-acto knife and sometimes do some painting. Tedious but fun!”

“Right now, I am working on my 1/6th scale Cheetara bust that’ll be available in a month or two to go along with Lion-O and Panthro in the series. After her will be the twins. I’m also looking to find and mold the Playful Lynx-O shield to put in my shop with Playful Bengali’s silver hammer (almost ready to cast). As well, hoping to finish sculpting some of the unproduced items on ZBrush then have them printed up and cast for the ThunDerian community.” ♦

Interested in Troy´s creations? For all us ThunDerCats fans, Tro has generously offered a ThunDerian Discount on some of his pieces! To see what items are available you can contact Troy HERE!