Feel the magic, hear the roar! After the death of his father and the destruction of his home, young Lion-O™ assumes the role as leader of his people. Along with his friend Pumyra™ and advisor Panthro™, he must battle the mutant Jackalman™ and the evil Mumm-Ra™.ThunderCats™ Ho!

This fully-articulated 6” Mumm-Ra™ figure comes with an extra set of hands, two hooded cloaks (one open and one draped closed), Sword of Plun-Darr (handle version), and Evil Staff.
Available only to subscribers of 2016 Club Third Earth as a benefit of membership, Mumm-Ra™ cannot be purchased.

The figure will ship [at the end of] November, but  here is a peek at what you will receive!

Click here to join the discussion on the ThunderCats.Org forums! 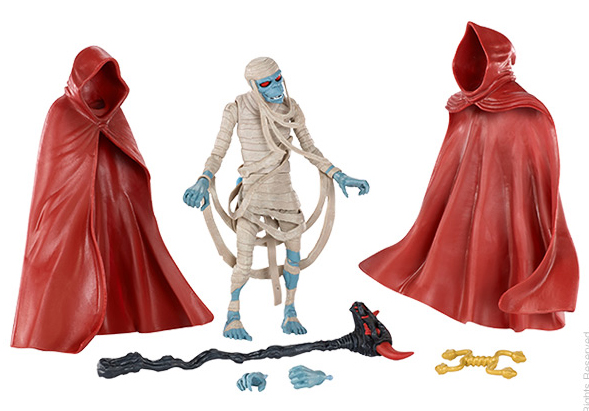