Funko’s latest entry in their Savage World line of action figures is up for Pre-Order! Since the reveal of the Savage World: ThunderCats at 2018’s Toyfair fans of Funko and ThunderCats alike are waiting for the release of the MOTU-esque ThunderCats figures. Seems that the waiting is over… almost. 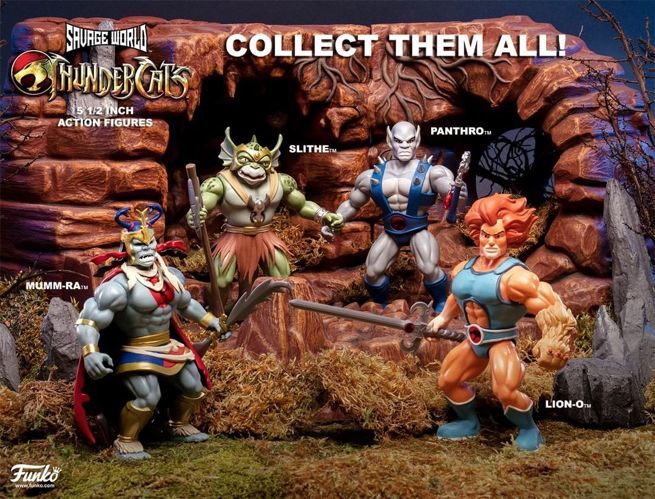 As stated on Funko’s Blog:

Welcome to Third Earth – second home to the ThunderCats – following the destruction of their home planet Thundera. Lion-O, Lord of the ThunderCats and wielder of the Sword of Omens is ready to face off with Panthro against the demon priest Mumm-Ra and leader of the Reptilians, Slithe. These action figures are ready to reenact key battles between the ThunderCats and their chief antagonists!

The first wave of The ThunderCats Savage World collection kicks off with Lion-O, Panthro, Mumm-Ra, and Slithe. The release of the second wave, presumably with Tygra, Cheetara, Jackalman & Monkian, is not yet known. Wave 1 should be out in October 2018!