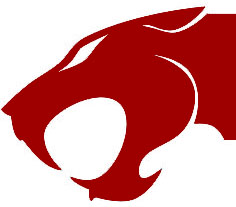 Right from the beginning, ThunderCats has been a favourite amongst animation lovers the world over, so it’s no surprise that the series saw many releases on home video, audio cassette, vinyl record, and even video games!

If you have an item in your collection that’s not listed below, we’d love to hear from you!

There were a few different companies that released a series of Audio Cassetes based on episodes of ThunderCats. Thus far, I’ve only found UK and U.S. releases, but there may well be other, more exotic, cassettes out there.

At least four vinyl records have been released in France. There are two “Book and Recording” sets and two soundtracks, containing the French translated theme song.

ThunderCats: The Lost Eye of Thundera is a side-scrolling video game published in 1987 by Elite Systems. It was released in the UK, on all popular home computers of the day. Other European publishers, such as MCM and Garisoft, picked up the game for release in mainlaind Europe.

The fourteenth and final level of the game is nearly twice as long as all previous levels. The player is given a larger time limit to complete the level. When the final level is completed, the player is shown an image of Mumm-Ra and is informed that Mumm-Ra has been defeated and the Eye of Thundera has been returned.